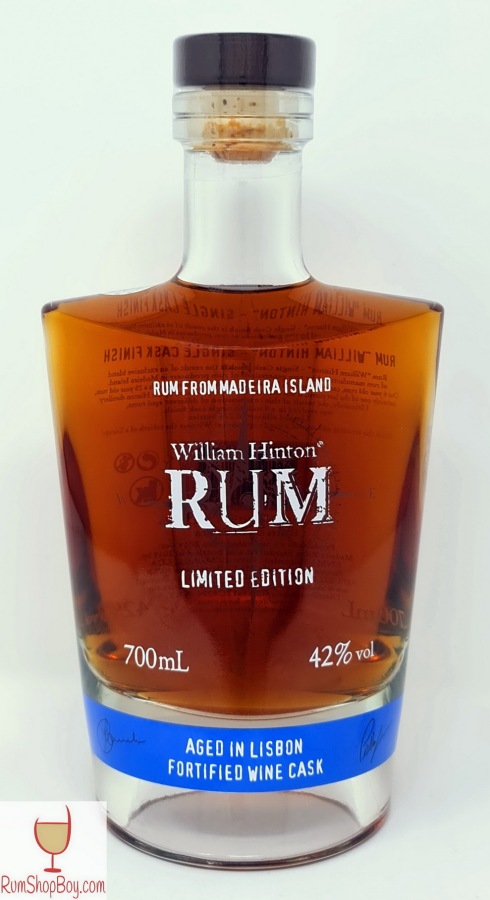 One of the downsides of writing about wines and spirits is that sometimes it has to take second place to other things in life such as personal issues or even the work that pays the bills. One of the few benefits of the lockdown in 2020 is it enabled me to resume my rum writing passion after personal circumstances prevented me from doing so in 2019. The reverse is that when the first lockdown was lifted, the business I run resumed trading and once again, I had to set aside rum writing, temporarily of course, while I got things up and running. Having managed to escape our second lockdown and go on holiday/vacation for a couple of weeks, I have come back to another lockdown and that of course gives me some extra time to catch up on some rum writing. My challenge going forwards is to ensure that my paid work running a business and unpaid rum writing “work” can coexist. And with that sentiment in mind, I have some catching up to do having purchased dozens of bottles in recent weeks, one of the most impressive of which is from one of my favourite rum producing islands, Madeira.

Three years ago (2017), I discovered Madeiran rum and instantly knew I had found something special. It has history, provenance, integrity and of course, an amazing flavour profile.

William Hinton uses traditional distillation techniques from fresh cane juice and their rums are additive free. They have produced multiple cask finished rums, all of which I have found to be fantastic. I first wrote about their rums here including their first batch of cask finishes, which combined 25 year old rums from the previous owners of the distillery, which the new owners aged for three additional years, alongside currently produced rums that have had variable amounts of ageing in French oak casks. These very limited blends of rums were then aged in various different cask types for a further period of nine months.

In 2019-20, William Hinton have released a further batch of these limited edition “finishes”. I previously wrote about The Maldita Beer Cask edition but today I am writing about the Lisbon Fortified Wine Cask finish. The secondary aging took place in casks that previously held Carcavelos fortified wine. It is likely that most people are unfamiliar with Carcavelos – speaking personally, as I am a lover of Port and Madeira, Carcavelos from the Lisbon region of Portugal is another stunning fortified wine offering, that is a distinctly unique flavour.

So, how do the Carcavelos casks influence the 25 year old rums?

The bottle is an elongated flask type. It is decanter-esque and looks quite chic. There is a natural cork enclosure.

On the front there is basic information about the rum and its cask ageing. On the rear, the information goes a little deeper. There are 276 bottles in total, coming from cask number 182 and I have bottle number 109. The ABV is 42%.

In my glass, the rum is golden, a light to medium amber in colour.

The aroma is delightful, starting with grass dipped in sweet honey, there is a hint of licorice too. Some light citrus, almost grapefruit like is joined by green bananas and figs. Underneath is dry oak, that is like a musty old room full of antique furniture .

The entry is soft and light, almost delicate with a warming mouthfeel. Sweet raisins, plums and honey too.

As the rum approaches the mid-palate, it moves from the sweetish entry and becomes more dry and oak-influenced. There is a smoked hay undertone and an ever-increasing peppery influence accompanied by dried fruits.

From the mid to rear palate, the sweetness almost disappears completely, replaced with more pepper and a drying astringent mouthfeel coating your cheeks. With time and multiple tastings, this dryness very much turns into the fortified wine used for the cask finishing – semi-sweet, warming red-wine like with dried fruit notes but an underlying punch from the 42% ABV.

The oak lingers long after swallowing joined with pepper and ginger. There is a bitter hay-like influence, too. The dried fruit influence continues although with less sweetness and an increasingly dry, but very long and satisfying finish.

William Hinton’s cask finishes are superb, and in fact this is possibly the best they have done. At times it is sweet, very dry and many levels between the two. The rum is very well influenced by the Carcavelos cask finishing and displays a really rich fruity influence as a result.

This is one of my favourite rums this year displaying both character and terroir from the cane juice and distillation as well as a varied range of flavours.

Given that there are only 276 bottles and it will almost certainly never be made again, my suggestion is do anything to beg, steal or borrow a tot or a bottle.

OK, so €100 is not cheap, but how often do you get to taste a rum that is at least 25 years old? Furthermore, despite the amazing array of cask finishes in the rum world today, as far as I am aware, this is totally unique, being aged in an ex-Carcavelos cask.