Not one but three rums being reviewed together today.

Specifically, recent offerings from El Dorado who have continued their collection of special editions with bottles featuring specific stills used by Demerara Distillers Limited (DDL) in Guyana. They have produced editions from each of their stills – Port Mourant, Versailles and the ones I am tasting today, Enmore.

DDL’s wooden Coffey still called Enmore, the last still of its kind in use in the world today has been used to demonstrate one particular style of rum that DDL is able to produce rather than the usual blends in their regular editions. To further entice rum drinkers, they are offering some of the editions at higher ABVs.

Here is a summary of these new editions:

Note 1: The Sauternes editions are aged in ex-Bourbon barrels for the tropical ageing, followed by a period in former French Sauternes Bordeaux wine barrels in Europe.

Note 4: It is especially relevant to mention the amount of tropical versus continental ageing as the tropical ageing is more intense.

There is always something fishy with DDL rums. In the case of these rums, the hydrometer confirms additives as follows:

The regular edition of El Dorado 15yo has 36.5g / litre of added sugars and measures 33.5% with my hydrometer compared to the label’s stated 43%. So these are a big improvement additive-wise. Nearly there El Dorado – just need the rest of the additives removing please.

If you know El Dorado, you will be familiar with the distinctive dumpy bottles they use.

The labels have a decent amount of information on them regarding the rums creation and ageing.

Going forwards I will mark and describe each rum separately.

2006 12yo: 8/10
Medium amber, quite orange-esque in colour displaying thick legs and tears that are quick to drop down.

A nose of bananas, raisins and burnt sugar, nutmeg and smoked oak.

Medium to deep amber, more of a reddish hue than the Sauternes.

Very deep, dark amber in my glass, almost mahogany. There is an oily appearance to it. The legs are medium in size and speed.

The nose is intense, even if I move fully 40-50cm away from the glass. Honey coated bananas, dried fruits and peppery spice. With added water, citrus notes, too.

Chocolate covered raisins on entry with caramel notes. Flambéed bananas in brown sugar and coconut in the mid-palate, becoming drier and spicier.

The sweetness starts to become bitter in the mid-palate and the fruity notes become spicy.

This rum hits you with power as soon as you taste it. Beyond the initial hit, there is honey, tropical fruits and a hint of spice.

Into the mid-palate and this rum’s power builds with spicy black pepper and a touch of citrus.

Leather and spice with some dried orange, black pepper and ginger becoming more pronounced with multiple sips. An underlying oakiness grows towards the rear of the palate.

The spicy mid-palate notes continue to the rear with black pepper joined by dark chocolate. It has got a bit of a temper at this point and needs a little water to calm it down.

Sweeter honey notes balance the black pepper spice and are joined with dark chocolate and something resembling Eccles cakes (pastry and raisins). With added water, the rum becomes smoky. 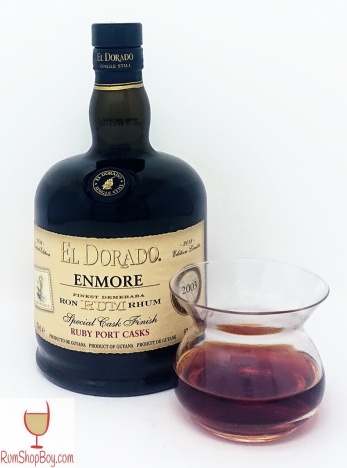 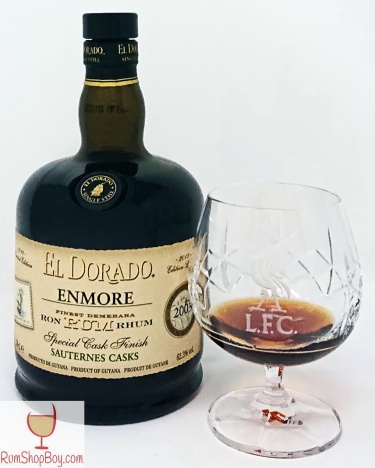 Throughout my tastings I like to use different glasses.
The Neat glass (left, above) is especially good for high ABV rums)

This rum coats the inside of your cheeks with dry astringency, a touch of spice and oak. This rum lingers for minutes after swallowing.

Surprisingly medium and easy going finish on the first couple of sips. Although the spicy notes dominate, it is not rough, but multiple sips without water do give a bit of an alcoholic burn.

This rum has a serious afterburn to it. The tongue tingles with black pepper and a hint of ginger. There is a dryness that builds with added oak. Add water and it calms somewhat but maintains a long finish.

So which one is best? Well there is not a simple answer to that as to be honest, I quite liked each of them pretty much equally.

The reduction in additives is very welcome and allows the rums true flavours to shine through although obviously, removing all additives needs to be the next step. These three rums are a significant step up on the original El Dorado 15yo, but then again, so are the prices. The 40% 12yo at £90 is 2 1/2 times the price of the regular El Dorado 12yo. So, does this mean that the cost of removing additives is a significant increase in price? It should not be!

Even at 40%, the 12yo is a great rum – usually I would say 40% is not really enough but I think it works here. For the cask finished 15yo rums, I think the opposite – they actually need a few drops of water to tame the fire they spew into your mouth.

But ultimately, it is going to come down to your budget…..

2006 12yo: 4/10
Reduced additives, much more flavour and less cloying than El Dorado 12yowhich I struggle to drink nowadays. It is a great drop of rum, but I think this is over-priced for what it is.

Both of these rums have the same price and a similar overall profile. It is great to have high ABV El Dorado rums, but the price point is really high.