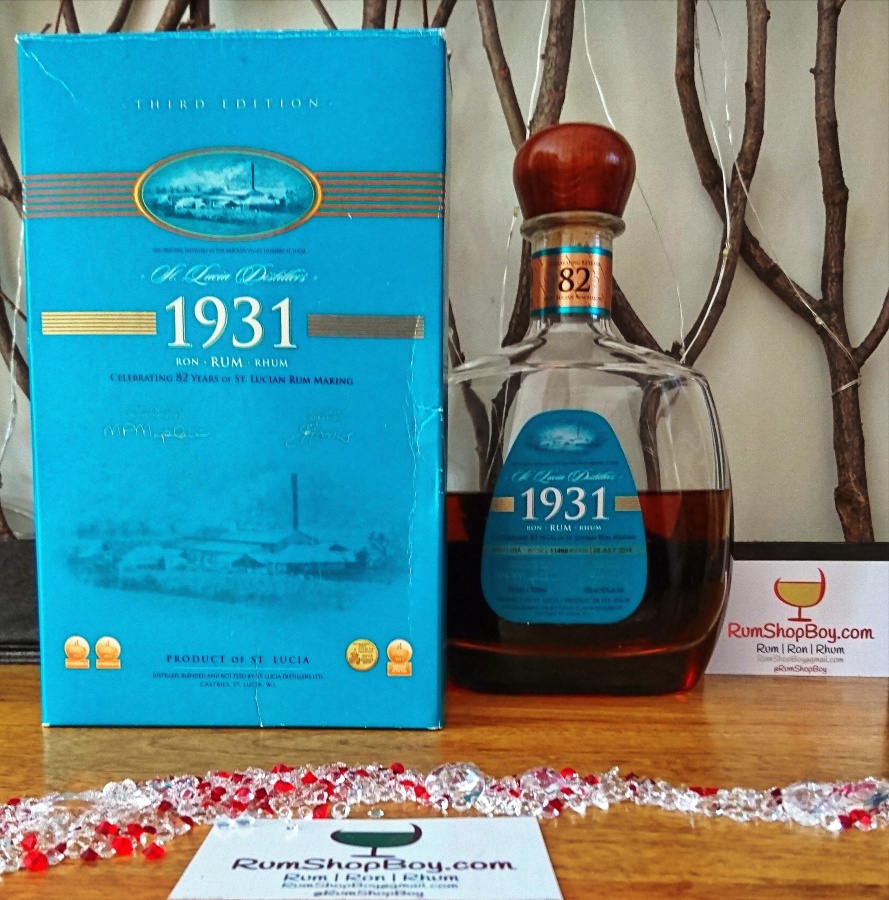 With an impending Twitter tasting approaching, this would seem like a great time to catch up on some St. Lucia Distilleries bottlings that I have had in my collection for a while but not actually gotten around to writing about.

Peter from Floating Rum Shack has info about the forthcoming tasting, so head over to his web site #SLDTT. The tasting takes place on May 16th, 2017.

According to SLD, the Third Edition is:
“…a blend of maturates aged from distillates from” their “three Pot Stills and” their “Coffey Still.” This edition has an age range of 6-12 years. SLD note that they “do not put age statements on” their “rums because” they “believe blending from a range of ages gives” them “the opportunity to create a rum that has both complexity from age and vitality from a fresher maturate.” I do admire a company being honest about their rums and it is much better to have no age statement rather than a deceptive and misleading ‘Solera’ age or random, fictitious and ultimately meaningless number on a bottle – ’23’ springs to mind. SLD are to be respected for not only producing good quality rums, but also for their disclosure about what goes into it. If you have a good process and product, you are happy to talk about it, if you do not have this, then you rely on marketing b*llsh*t and pirate tales. But I digress…

Under Richard Seale’s/Luca Gargano’s proposed rum categorisation, this would most-likely be classed as a “Single Blended Rum” – a blend of only pot still and traditional column still. When tested with my hydrometers, the ABV measured 39% implying that around 16g per litre of sugar has been added.

Bottle/Presentation       3/3
Each 1931 offering has the same packaging, with just the colour varying from one year to the next, which I do think gives the brand a strong identity and easily allows one to identify which year of the 1931 one is tasting.
Presented in an outer rectangular box, the Third Edition’s colouring is a bright teal, with gold embossed detailing. The rear of the box contains some very useful information including the history of the brand and info about the rum’s blend itself. The bottle is a decanter-style with a matching label and large, bold “1931” written on the front. There is an impressive and substantial natural cork enclosure, completing the decanter-like-premium appearance of the bottle.

There is a batch number (03A), bottle number (11468) and date of bottling (28th July, 2014). There are also the signatures of the Managing Director and Master Blender along with stating this rum is 43% ABV.

Glass/Aroma       7/10
The initial observation is that the colour is a medium to dark amber.

Swirling the liquid around the sides of the glass reveals medium density legs that slowly slip down the side of the glass. Initially, the nose offers something similar to a felt tip pen, almost varnish-like. After a few moments in the glass, I can detect sticky toffee and some pot still molasses. There is also banana, pineapple, marmalade and some dried fruits along with light oak and a background of soft citrus. The aromas are not as powerful as the previous two editions though.

Taste, Initial-middle       29/40
This rum arrives very softly, almost un-noticed, such is the delicate entry. This is noticeably sweeter than the previous two editions and that sweetness results in much less flavour, too. It is very smooth with notes of banana and charred oak. There is also a hint of black pepper and sticky toffee.

Taste, Middle/Throat       32/40
As the rum passes from the front to the rear of the palate, the initial hint of black pepper becomes stronger and more spicy. This is accompanied by dark chocolate and a buttery feel to it. Ironically, the more I sip this, the more I think it actually becomes drier. In fact, at the rear of the mouth, it feels considerably drier than at the front, which surprised me somewhat.

Afterburn       5/7
The rum has a dry finish that coats your throat. But there is a slightly less-appealing bitter, almost medicinal after taste.

Overall
The First Edition was excellent, the Second was even better and so my expectations for the Third were for a continued improvement. Sadly, this was not the case as the Third Edition’s sweetness masked some of the natural rum flavours. Ironically, this might make it more appealing to more mainstream rum-consumers or those that prefer their drinks to be a little sweeter. But for the premium and natural rum drinkers such as myself, it does not quite hit the spot. This could just be due to my overly high expectations following the first two editions.

That said, this is a fine rum and is really enjoyable. Coming next…The Fourth Edition!