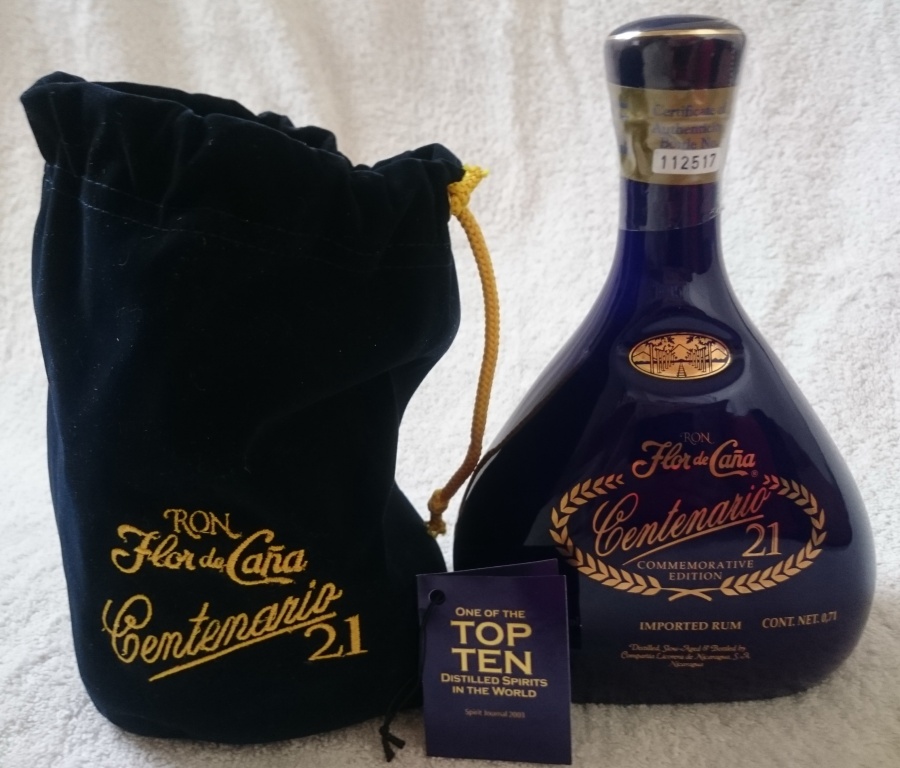 This rum is from Compañia Licorera de Nicaragua, SA in Central America who have been producing rum since 1890.
When I first went to RumFest in London, 2010, this was a new brand for me to try. Not only had I never encountered Flor de Caña, but I didn’t even know rum production existed in Nicaragua. Fast forward six years and I know that some form of rum is produced in just about every corner of the globe.
I spotted this particular rum online shortly after my first RumFest and had to try a bottle, having had an interesting Flor de Caña tasting experience. At the time, I loved it and the bottle disappeared very quickly indeed. Some years later (2015), I was searching for another and discovered that this particular ship had sailed and sadly, it was long gone. By chance, I encountered a Spanish web site with four in stock, so I snapped them up double quick at around £70 / bottle including shipping costs. I expect that if you do still find any of this for sale, the price is likely to be higher as the final stocks dry up.

Described as being “slow-aged 15 years in small white oak barrels”, the number ’21’ actually denotes the celebration of the 21st Century. Various reports list it as being released in 1999 or 2000 and although it is a numbered edition, I cannot find any info relating to just how many were released. My bottle is number 112,517 (See left).
I do know that this molasses-based rum was voted in the top 10 distilled spirits in the world in 2003 by the Spirit Journal who described it as “in a completely different universe.”
An incredible claim to make!

Under Richard Seale’s/Luca Gargano’s proposed rum categorisation, this would most-likely be classed as “Industrial Rum” – from a modern multi column still. 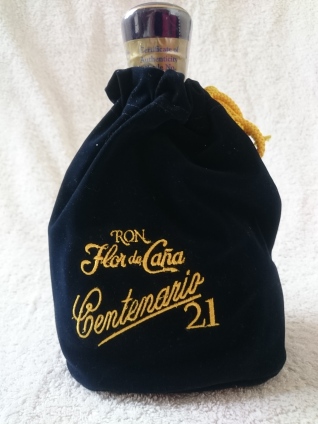 Bottle/Presentation       3/3
This undoubtedly looks luxurious and gets attention. The outer velvet sleeve has a lovely golden drawstring and contained within is a purple ceramic decanter bottle with gold writing. The bottle has some info on the back – 15 year age-statement, simple taste profile and how-to-drink advice.

Glass/Aroma    8/10
A deep amber to copper colour with lovely rich legs on the side of the glass. The nose has toffee and spice. A really appealing combination. Leave this in the glass for a few moments and these aromas become more apparent.

Taste, Initial-middle     37/40
This starts with a very mild toffee and vanilla combo. Initially the flavours and strength are soft and delicate but this soon builds up some fire…not rough, but just about right. The more you taste it, the more flavours start appearing including some hints of banana and very subtle spice.
Taste, Middle/Throat   37/40
This rum moves from slight initial sweetness through to sumptuous dryness and Sherry-cask influences (I do not know if any Sherry casks have been used). The toffee tones down slightly, replaced by more oak and some delicious vanilla. The initial mid-range fire dies out, replaced by silky smoothness. As you swallow, a little bit more spice is evident. It continues to develop and impress with repeated sipping.

Afterburn            5/7
This does not burn, it glides down. There is little burn or fire, just smooth vanilla, toffee and spice. This lingers and becomes ever smoother and dryer.

Morning After Aroma
The toffee aromas ares till there along with a little vanilla.

Overall
This is delicious. Whether or not it is a genuine age statement I do not know, but the liquid in this bottle is superb stuff. Not too sweet, neither heavy nor light, lots of interesting flavours – a very nice balanced rum. It is a shame that this is not available to buy anymore…I will savour the bottles I have for some time to come. 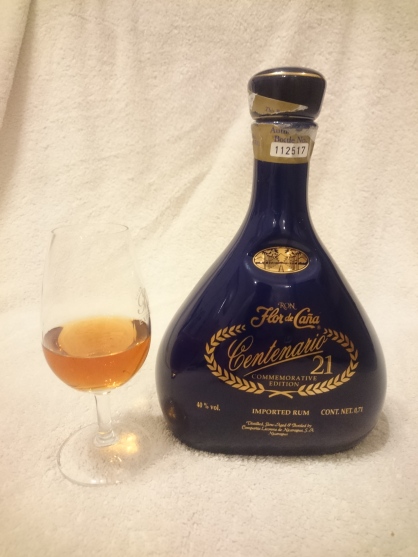