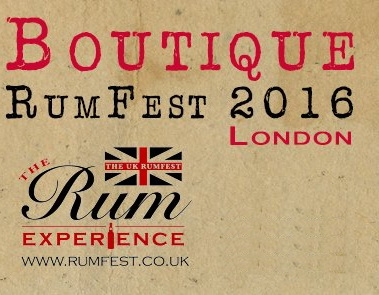 So, the rum students, having completed the “Rum University” went into the Boutique RumFest.

For those that do not know, the Boutique RumFest is aimed at the trade and press. Contained within were dozens of brands, some with an existing exposure in the UK rum market, but many of them are either completely new and looking for distributors etc. or are looking to launch/add a new product or brand to their portfolio. So, Boutique RumFest offers opportunities for doors to open for some of these new rums.

As someone writing about rum, this is a golden opportunity to meet some new producers, try some new rums and hopefully help to increase their exposure within the UK.

I tried to speak to as many of the exhibitors as possible and took plenty of photos, too. It was interesting to find quite a few producers that appear to be trying to make rum in the correct way with no additives.

For me, the stand out tastings were (in no particular order):

Currently has no UK distribution – we need to change this as the rum was good stuff.

An incredible combination of seven rums from Jamaica, Barbados & Guyana, aged from 25 to 33 years.
At £1,800 / bottle, it’s not cheap, but those flavours and the smoothness. Wow, I would love to have some more of this gorgeous stuff. 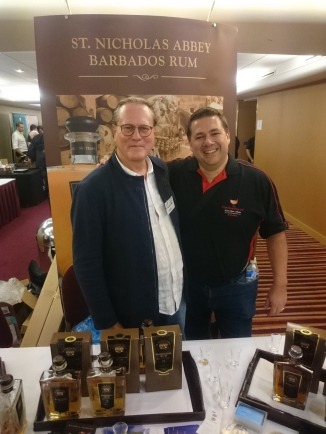 I am a big fan of St. Nicholas Abbey. In addition to having a lovely taste of the 12yo that I had run out of at home, I also sampled the amazing 18yo and a higher ABV version of their 5yo. I mentioned to Larry from St. Nicholas Abbey that a higher ABV is perhaps the one thing missing from their current portfolio. Hopefully, something at closer to cask strength might be a future release…fingers crossed!

Aged 12 years in American white oak casks.
This is not my usual style of rum as I do not like the added sugar (sorry guys). But this was a drier version of Venezuelan rums that I had not encountered before – I hope that is a genuine age statement though!!!

At this point, it is probably best for me to let some photos tell the rest of the story.