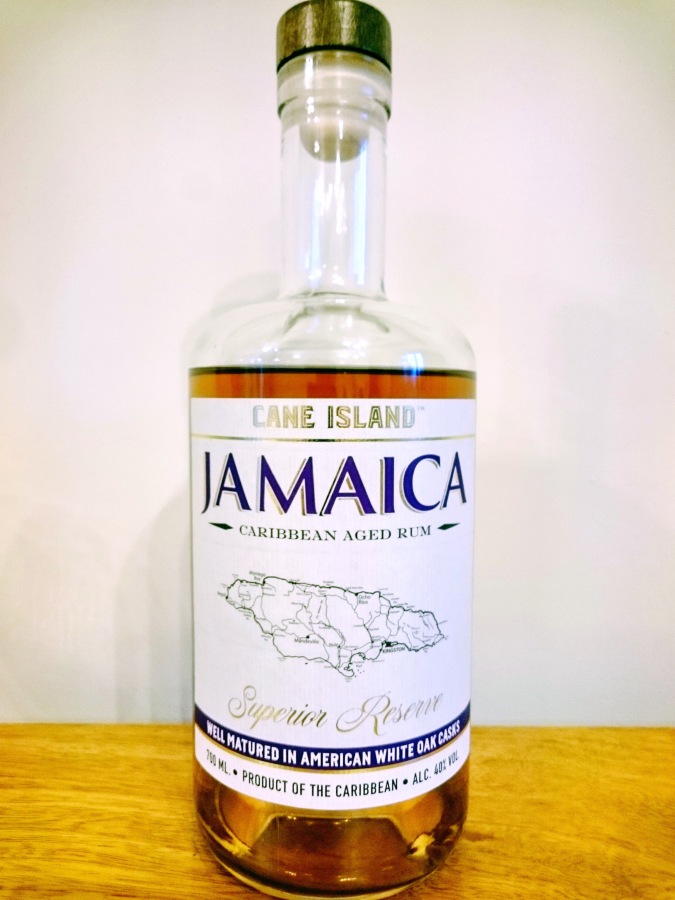 A new (for me) producer of rums from The Netherlands is Cane Island, from Infinity Spirits. Currently they have bottles from Barbados, Cuba and the one I am tasting today, Jamaica. Their marketing describes their products as “Single Origins Rum blends of rum coming from different distilleries from one country.” It sounds interesting – this Jamaican rum contains Worthy Park Estate, Monymusk Estate, Hampden Estate and New Yarmouth Estate product. The blend is aged “from 3 to 5 years”, and also includes a “high-ester unaged pot still rum.” It is a combination of pot and column still, although is mostly from pot and has been aged in American white oak casks.

Under Richard Seale’s/Luca Gargano’s proposed rum categorisation, this would be classed as a “Single Blended Rum” – a blend of only pot still and traditional column still.

Bottle/Presentation       2/3
Whilst the bottle itself is unremarkable and there is no fancy packaging, what you do get is a label with some useful info and a nice sturdy artificial cork enclosure – far more important. I think a cork enclosure always adds a lot to the image of a drink…a touch of class and a nice satisfying ‘pop’ when you prise it open.

Glass/Aroma       8/10
This has a slightly light colour to it, an amber-copper tone. The aromas are strong and powerful, just what you would expect from Jamaican pot stills. An abundance of dried fruits and raisins with a little oakiness, too.

Taste, Initial-middle      37/40
The initial power of the flavours is fantastic. Those dried fruits and raisins present in the nose are very apparent. The rum starts a little light, but has a nice hint of front-mouth burn as you sip it.

Taste, Middle/Throat       37/40
The rums potency continues very warmly throughout your mouth. Those initial dried fruits and raisins tone down slightly, replaced by some dry wood/oak and even a touch of vanilla. There is still a really nice burn to this rum throughout the tasting that in no way inhibits the flavours. It becomes drier with each sip creating a soothing feeling of tannins in your mouth accompanied by warming spices in the back of your throat.

Afterburn       6/7
At just 40% ABV, this rum does give off a nice burn as you sip and it continues to linger long after swallowing.

Morning After Aroma
Still some of those dried fruits linger.

Overall
At €30 a bottle, this is sensational value. Proper rum from some amazing Jamaican distilleries that offers so much despite its young ageing. This would probably also make an amazing rum and coke, although I think it is superb drinking neat.

Find this for sale at Zeewijck