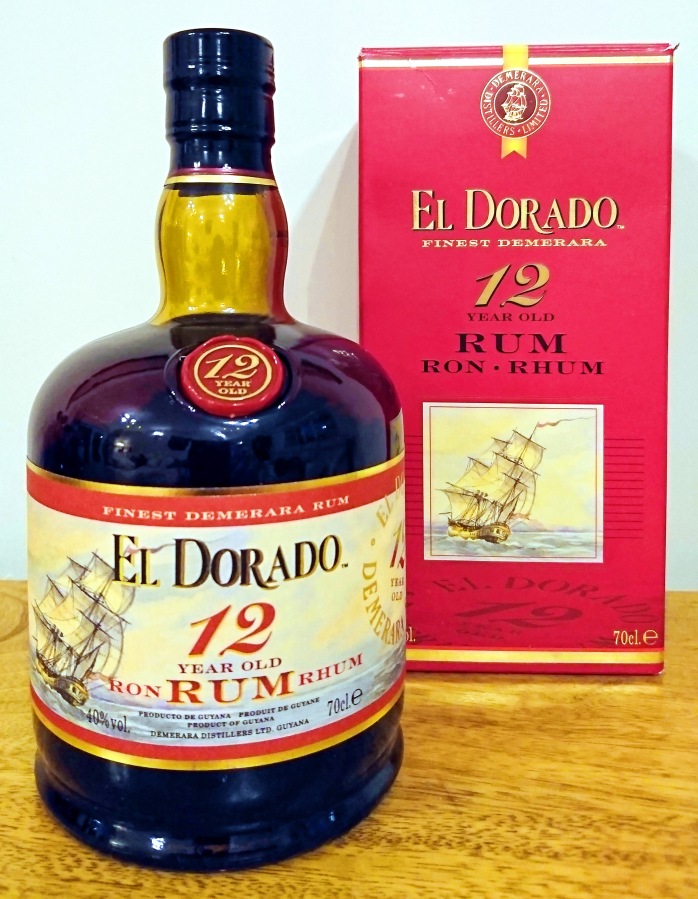 The entry-level rum for El Dorado in their “Luxury Cask-Aged Rums” range. El Dorado’s web site describes it as “An International Gold Medal Winner with a golden character.” As with many El Dorado rums, it has received lots of awards and accolades, which I think is partly down to it sitting in a very affordable price bracket of around £30. 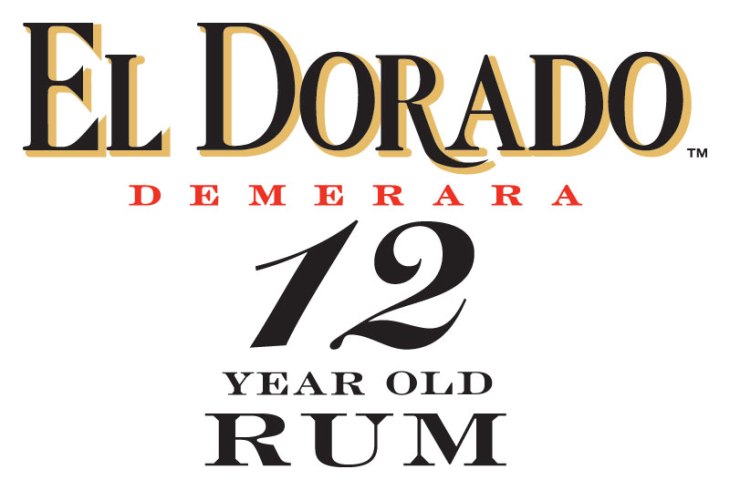 Digging into El Dorado’s info online, one can find out some stuff that is not on their bottles, which is useful to anyone curious about how their rum is made. Specifically, this rum is made using the “EHP Wooden Coffey still and metal Coffey still”. Called EHP after Edward Henry Porter, founder of the Enmore sugar factory, the original wooden Coffey Still from the Enmore sugar factory is the last of its kind in the world.

When tested with my hydrometers, this came in at 30% ABV instead of 40% that is on the bottle. According to Drecon’s sugar conversion table, that means there is 35g of added sugar in this rum. Wow, that’s a lot!!!

El Dorado’s 12, 15 and 21yo bottles are all presented in the same way. An outer cardboard box with El Dorado’s now familiar dumpy bottle contained within, embossed on the upper body with a wax badge. The 12yo is branded in red, the 15yo is branded in cream/ecru/yellow and the 21yo is coloured blue.

The packaging and bottles look very distinctive and appealing – as soon as you see one, you instantly know which brand it is. They all have nice cork enclosures.
But, unfortunately, the boxes/bottles are missing information about the rums. The age of the blend and the barrel maturation is referenced, but no mention of which types of still are used, nor when it was produced. Given El Dorado’s unique stills and history, I would have expected this is something they should be championing on their bottles.

Glass/Aroma       6/10
My first impression is that I have poured myself an Amontillado Sherry. It looks quite a deep brown, with some hints of dark orange colours. Swilling it around the glass reveals very thick and sticky legs slowly sliding down the sides of the glass…added sugar and glycerine in evidence 😦
The aromas are quite appealing…..a light alcoholic aroma is tamed by familiar Demerara sugar, a hint of spice and some orange.

Taste, Initial-middle  27/40
Smooth but overwhelmingly sweet and sticky – the philosophy of add loads of sugar and it will appear smooth definitely works here and it will appeal to anyone with a sweet tooth. There are some orange, spice and leathery flavours and textures. A second tasting and there is also some vanilla, caramel and even possibly a hint of Sherry – maybe it is the aforementioned colour that makes me think of Sherry. The only problem is that you can taste the extra sugar – it is just too sweet and that sweetness masks some of the natural rum flavours.

Taste, Middle/Throat       35/40
The rum is very much more appealing at this point as the initial sugary sweetness fades and is replaced by some wonderful tropical fruits, more spice – nutmeg and cloves, and some welcome woody dryness. A little bit of fire appears, which makes the initial orange flavours become more dominant and very tasty. The flavours continue to evolve and develop and the more you sip this, the more the oak appears. I think at this point, the rum is well-balanced.

Afterburn       5/7
The sugar softens the burn as it slips down your throat but does not completely spoil it. The oak and spices linger long after swallowing leaving a warming glow inside.

Morning After Aroma
There is a brown sugary, sticky residue in the bottom of the glass re-confirming the presence of added sugars in the tasting. The over-riding aroma is burnt brown sugar.

Overall
The flavours are good and the quality of the rum is not in doubt. But it is tainted by the addition of way too many sugary additives that make the rum too sticky and viscous. For the price, this is a decent tipple and the added sugar certainly makes it smooth whilst it [the sugar] does not totally spoil or ruin the flavours of the rum, it just makes it a bit too sweet and sticky. This in turn makes it very easy drinking, perhaps a little too easy especially if you like your rum on the sweet side  🙂